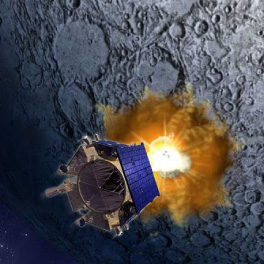 Atec manufactures the fuel and oxidizer valves on the Centaur Upper Stage of the Atlas V rocket, which puts the satellite or spacecraft into the proper orbit for mission payload release. For the Lunar Crater Observation and Sensing Satellite (LCROSS) Mission, the spent Centaur stage was used as the primary projectile for the LCROSS instrumentation satellite. The Centaur engine led the way into the Cabeus Crater, making Atec-manufactured valves a permanent part of the moon’s sub-surface. As we have achieved our 150th launch, we highlight below some of the solar system destinations Atec has helped NASA explore. 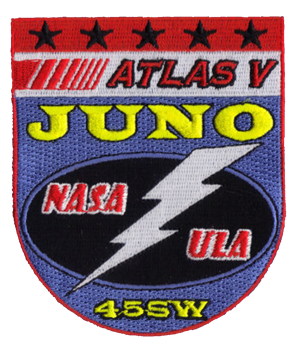 The NASA New Frontiers mission, Juno, launched from Cape Canaveral Air Force Station, Florida on an Atlas V launch vehicle with Atec manufactured cryogenic valves on the RL10 final stage rocket engine. Juno took a 5 year mission to the planet Jupiter, and arrived on July 4, 2016. It was a wonderful Independence Day celebration! Juno is placed in polar orbit, of the giant planet Jupiter. The unmanned spacecraft is studying the formation of the planet to give us a better understanding of Jupiter and other planets around the stars. Juno will map the gravity fields and water vapor in the atmosphere. Juno is scheduled to make its last two of 14 flybys around Jupiter in May and July. The mission is awaiting an extension. 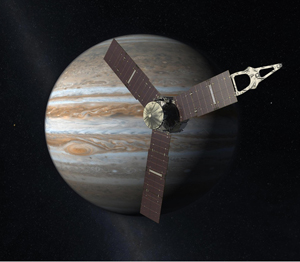 Cassini-Huygens launched on October 15, 1997 on a Titan IV-B/Centaur launch vehicle. The Titan IV-B had an RL10 upper stage with Atec manufactured valves. The upper stage launched Cassini-Huygens into low earth orbit, and then refired to give the spacecraft an extra push towards Saturn. Cassini went on a 7 year journey from the Earth to Saturn, and arrived on July 1, 2004. On its way it passed Venus (twice), Earth, and Jupiter. The Cassini spacecraft released its probe onto Titan, Saturn’s largest moon. Together the spacecraft and probe, have been studying the planet, its moons, and many rings and their different seasonal periods. The mission was originally to orbit Saturn for 4 years, but the mission was extended and is ongoing. The Cassini Solstice Extension Mission concluded with a phase known as The Grand Finale, deep dives and an eventual plunge into the planet’s atmosphere. 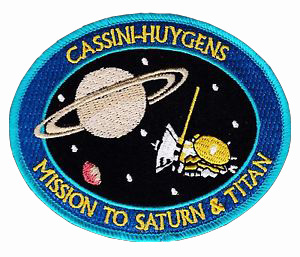 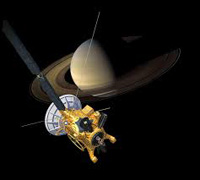 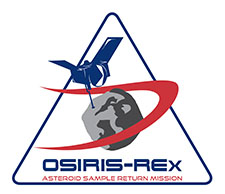 OSIRIS-REx launched from Cape Canaveral in 2016 on an Atlas V launch vehicle bound for asteroid Bennu. The goal is to collect a Bennu sample to bring back to earth for research. Bennu is the smallest object on record to ever be orbited by a spacecraft.  On December 31, 2018 the OSIRIS-REx spacecraft entered orbit around the asteroid. In its orbital phase, the spacecraft made several flybys of Bennu to take high-res images and map the asteroid’s surface. The asteroid has been surveyed to determine a sample site. NASA has selected a sample collection site, Nightingale as the best spot to snag its sample. The spacecraft successfully executed a flyover of site Nightingale to document the site’s surface features and has scheduled the sampling event for late August. The spacecraft will use a TAG (Touch-And-Go) sampling maneuver and its robotic arm to collect two ounces of surface material and begin its journey home.

The long awaited flyby of the New Horizons spacecraft of dwarf planet Pluto happened in July, 2015. Launched in 2006 aboard an Atlas V rocket with Atec manufactured RL10 valves, it traveled for nine years and 3 billion miles to fly by Pluto. 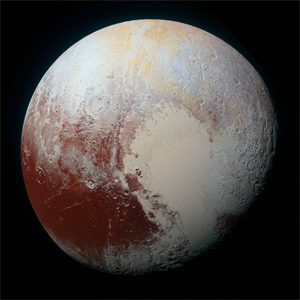 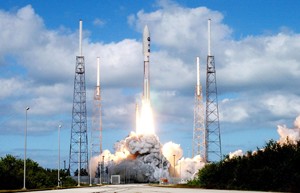 Atec is involved in the new U.S. push for exploration into deep space. The current  long range SLS plan involves two-four RL10 engines for each launch. We are proud to now be providing valves for the modernized RS25 and new AR-1 main engines for Aerojet Rocketdyne. Our hardware for Boeing’s new CST-100 Starliner crew capsule are also linked to ISS and other near-Earth missions. RL10 also has been selected as the final stage engine for Orbital ATK OmegA and ULA Vulcan Centaur rockets as early next steps to deep space. We were proud to join Boeing, AR, and NASA at the incredible February 2017 Discovery Green/Super Bowl Journey to Mars exhibition to bring our public into a hands-on understanding of Americans heading to Mars! 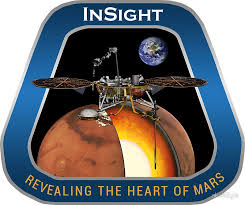 InSight launched from Vandenberg AFB aboard an Atlas V rocket on Saturday, May 5. The spacecraft traveled over 300,000 miles over six months and successfully landed on Mars on November 26, 2018. InSight is equipped with a probe that has drilled 16 feet into the Martian subsurface to measure the heat coming from Mars’ interior and reveal its thermal past. Scientists are gathering data from a scan revealing seismic waves, a probe that provides data about interior heat and a measurement experiment that will track Mars’ liquid core. The main goal is to reveal how rocky planets were formed. 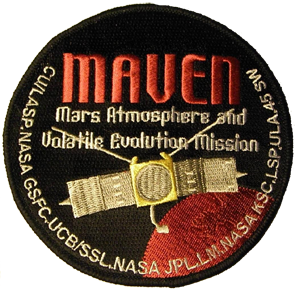 Mars Atmosphere and Volatile EvolutioN (MAVEN) spacecraft launched aboard an Atlas V launch vehicle with Atec manufactured valves. The spacecraft successfully entered Mars orbit on Sept. 21, 2014, and has been in orbit over the past 4 years. The MAVEN spacecraft has been studying the apparent transition of Mars climate from warm and wet, to arid and cold. 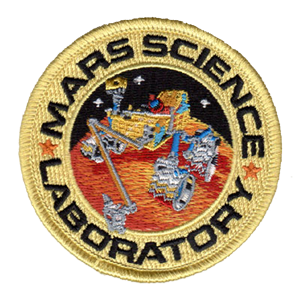 The Mars Science Laboratory mission launched on an Atlas V Rocket with Atec manufactured cryo fuel valves on the Centaur upper stage engine. The MSL separated from the Centaur upper stage about 44 minutes into the mission, and continued on its way to Mars. The MSL reached the Red Planet and successfully landed the Curiosity Rover, which is collecting Mars climate and geology data for future manned missions. 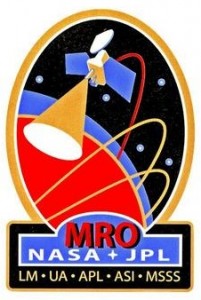 The Mars Reconnaissance Orbiter launched in August 2005 on an Atlas V Launch Vehicle, supplying almost all of the energy that the spacecraft needed to get from Earth to Mars. The Centaur upper stage with Atec manufactured valves helped the spacecraft to reach the destination, and the MRO arrived at the Red Planet in 2006. The Mars Reconnaissance Orbiter sought out the history of water on Mars with its science instruments, and will be used in the coming years as a communication system and link back to Earth for future missions. 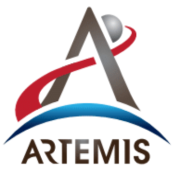 NASA’s SLS rocket will send American astronauts aboard the Orion spacecraft and head to the surface of the moon. Future exploration will be to visit Mars. Atec is manufacturing the RS-25 and RL10 Engine Valves, Orion Drive Shaft and Vehicle Access doors. Atec is proud to contribute to human space exploration.

For the Lunar Crater Observation and Sensing Satellite (LCROSS) Mission, the spent Centaur stage was used as a penetrating projectile for the LCROSS instrumentation satellite. The Centaur engine led the way into the crater, making Atec-manufactured valves a permanent part of the moon’s sub-surface. This mission was successful in finding subsurface water, at the shadowed Cabeus Crater of the Moon. 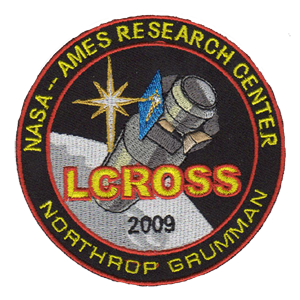 Mission to Encounter the Sun 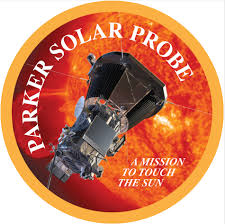 The Parker Solar Probe launched on a Delta IV rocket with Atec valves from Cape Canaveral on August 12, 2018. The mission is to learn more about the sun and its tie to earth. The robotic spacecraft will orbit the sun 24 times over the course of the next seven years.  The last three orbital rotations will bring the spacecraft to less than 4 million miles from the Sun’s surface. It will face heat and radiation like no spacecraft before it with temperatures reaching 1,400° Celsius. The Parker Solar Probe will reveal new data about solar activity and space-weather events that affect our planet. Parker Solar Probe has completed four of 24 planned passes through the Sun’s atmosphere.

When the Solar Dynamics Observatory (SDO) mission launched on an Atlas V Rocket, the Centaur cryogenic hydrogen and oxygen fueled upper stage, with Atec manufactured valves, helped to get the observatory into geosynchronous orbit. SDO has been observing the Sun since 2010, and is part of the Living With a Star (LWS) program. It is a 5 year mission that is studying the sun’s energy and its effect on Earth. 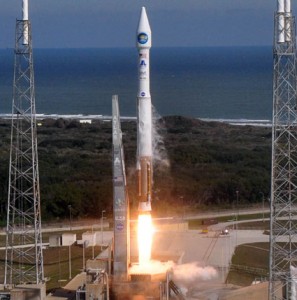 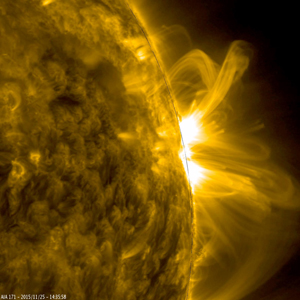