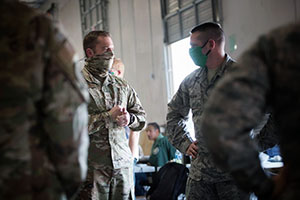 Atec CEO and Chairman Howard Lederer has spent the last three decades building his company into a premier aerospace services and equipment supplier. One of his paramount goals, in addition to the work the Atec companies perform in the commercial sector, has been to support America’s military in its mission to protect and defend the country.

In order to meet that goal, Lederer has recruited industry leading talent along with what he considers to be one of his secret weapons in his strong employee team –military reservists and veterans.  “Some of our best team members through the years have been active duty and retired military,” he said. “I have found that as a group they bring knowledge and perspective to the work that we do here at Atec that cannot be replicated elsewhere.”  While many employers struggle with the training and deployment schedule of a reservist, which typically includes monthly drills and longer training once or twice a year, Lederer and his executive team have developed policies to ensure “citizen warriors” can have long and fruitful civilian careers in the Atec companies while simultaneously carrying out their service duties. Atec offers flexible leave policies and enhanced communication with reservist employees, just two benefits that set the corporation apart from other employers. In recognition of the particular commitment to be a reservist-friendly employer, Vital Link Vice President and Site Director, Johnny Gunnels, was recently awarded the Patriot Award by the Department of Defense’s Employer Support of the Guard and Reserve (ESGR) Program.

“I’m proud of our reservists, guard and veterans, and I was honored to receive the Patriot Award from DoD for our on-going support,” exclaimed Gunnels.

“We would not be the company we are today without the contributions of our reservists employees,” said Lederer. “Not only do we thank them for their service to our country, but we thank them for being an important and critical part of our Atec team.” 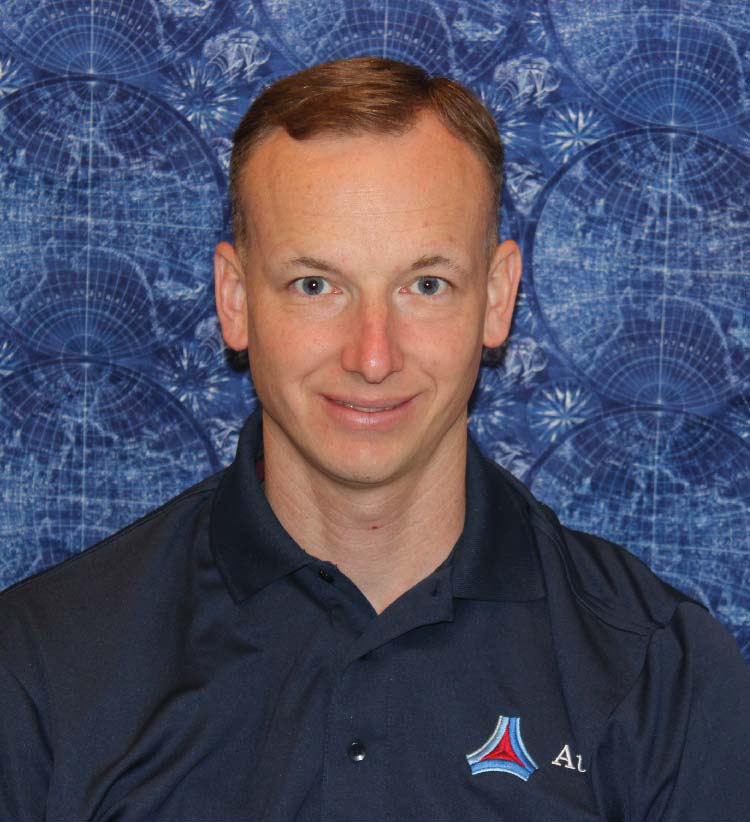 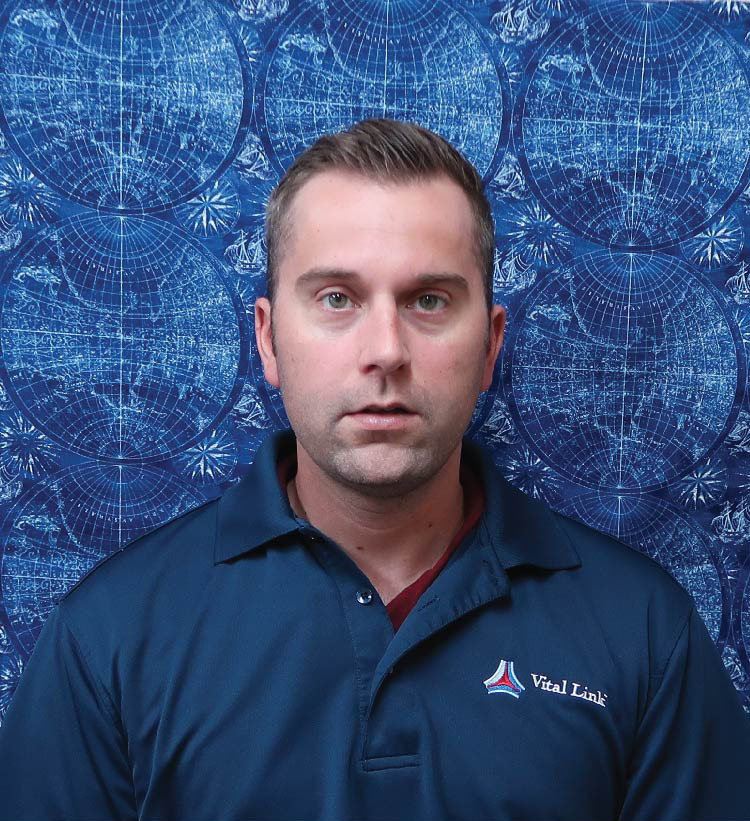 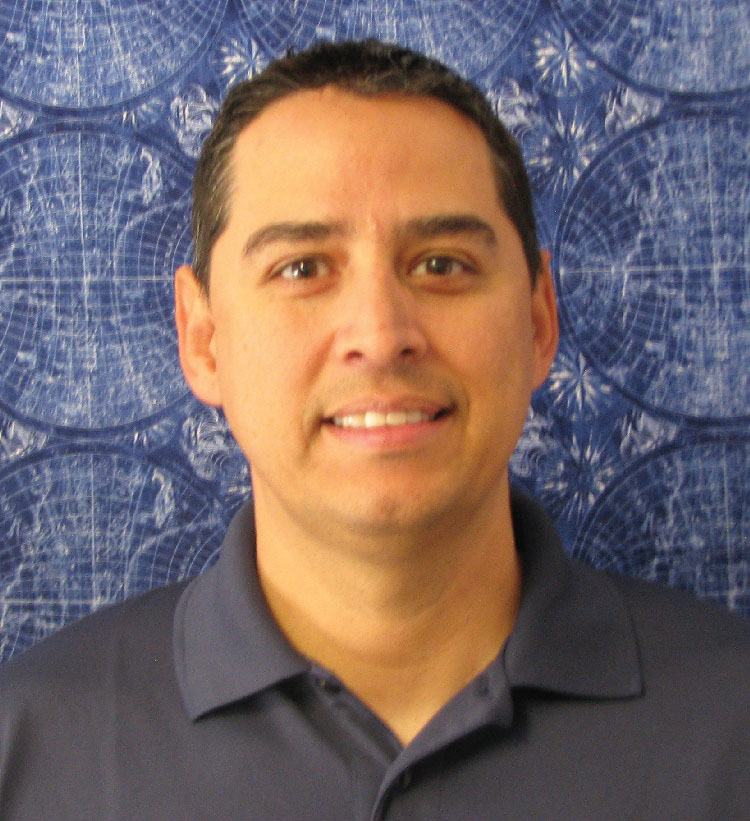 Chris Buttry joined the Marine Corps in 2005 as a Texas A&M Corps of Cadets graduate. He served in several deployments as an infantry officer, including to Iraq and Afghanistan, and following active duty, he rejoined as a USMC reservist in Texas.  He was recently promoted to Lt. Col and will oversee the planning division for all USMC reserve regiments once he assumes his new rank this summer.

As Director for Business Development at Atec, Buttry believes his military background and current active status provide a special connection when working with Atec’s DoD customers and potential customers. “It’s important as suppliers for us to intimately understand what our military men and women have to go through to successfully carry out their missions,” Buttry said. “Our military customers know I have lived a similar experience and will make sure our work proposals anticipate their needs.”

After working in various corporate positions before coming to Atec five years ago, Buttry says he has found a company with the right attitude towards the military. “I’m pretty sure Howard [Lederer] and Paul [Fenley] would love it if half of Atec employees were veterans or reservists,” Buttry said. “They really value the unique assets we bring to our work and do a lot to support us as we manage both civilian and military duties.  I couldn’t be happier here.”

Erik Christensen joined the Air National Guard out of high school and has served 17 years.  He has spent most of his military service stationed at Lackland Air Force Base (San Antonio), and he specializes in the maintenance and production management of F-16 aircraft. As an ANG reservist, he has participated in several noteworthy activations, including the Hurricane Harvey relief effort along the Texas coast and a six-month deployment in 2020 to assist in COVID-19 relief efforts. Christenson’s most memorable activation was a two-year stint working on the southwestern Texas Border (2011-2013) as a Criminal Intelligence Analyst.

Christensen’s work as a reservist has him working in and around hush houses, which is perfect for crossover application to his work at Vital Link (VLI). As a project estimator for VLI, he spends the majority of his time constructing bids and negotiating contract terms for the USAF. “The work I do for VLI is absolutely complimented by my experiences in the Air Guard,” said Christensen. “The insight I have from working around hush houses in both my military and civilian roles has been beneficial in so many ways.”

Prior to working at VLI, Christensen spent several years in a variety of industries, including oil and gas and retail. Like many reservists, he had trouble finding a fit with a company willing to accommodate his service schedule. At VLI, he has found the support needed to follow both his military and civilian callings.

“At other companies, I always felt like I was an anomaly to the masses or an afterthought because my schedule and commitments were so different than everyone else,” said Christensen. “Now when I am on drill or get called up for an activation, my coworkers and Johnny [Gunnels] check in with me to see how I’m doing and to let me know the work is waiting for me when I get back. This company is by far and away the most supportive and flexible company to work with for reservists that I’ve ever seen.”

While on his drill weekends, Christensen often gets asked by USAF enlisted personnel about the potential for them to work at Atec. “They know how much I enjoy my work and what a great company I have and want to know if they could find an opportunity here,” Christensen said. “I tell them we are always hiring!”

Knocking out whatever we can for military and allies; support for Atec on IDIQ

Edwin Leyva joined the USMC in 1996 and served four years active duty as a motor transport specialist. Following his active duty, he returned to school to earn a Bachelor’s degree, and upon graduation he spent several years working for the Navy on the civilian side. In 2015 he reenlisted as reservist with the Air Force and was quickly commissioned as an officer with the USAF unit in Albuquerque. Now a Captain, Leyva specializes as a USAF Bio-Environmental Engineer managing a variety of industrial processes.

For the last three years as Celtech’s Engineering Manager, Leyva has utilized his military training as he and his colleagues support the Atec IDIQ projects along with other important projects for the DoD and America’s allies. “In addition to similar competencies, my training in the military and particularly as a reservist has helped me to become very good at prioritizing my tasks on a day to day basis, which helps me balance my work for Celtech and my work for the Air Force.”

Leyva traveled to Germany in 2018 with the Air Force, and the C130 plane that brought him home to New Mexico carried the same type engine he would go on to test on Celtech’s T21 test stand in France a few weeks later. “There is certainly cross pollination between my work as a reserve Captain and my work with Celtech in so many ways,” said Leyva.

As a Captain, Leyva has to expend tremendous man hours to prepare for his drills with his unit. Leyva acknowledges the support of Chief Quality officer and Celtech President Mike Rigdon in making sure he can work his Celtech schedule successfully with his USAF obligations. “Mike [Rigdon] really works with me to make sure I can get the time I need to not only go on my drill weekend but to prepare for them as an officer,” said Leyva.

Ultimately, Leyva believes the Atec companies have developed an environment that strikes the correct balance for reservists.  “Veterans and reservists have a lot to contribute,” said Leyva. “I’m incredibly thankful to be at a company that values us and give us a chance to build a career alongside our service to our country.” 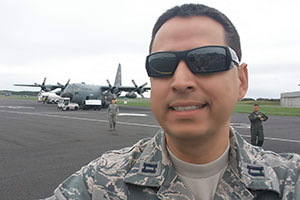 Atec Companies seek prospective employees with military backgrounds, especially those with aviation or aerospace support experience.  Today we have over 75 veterans on our team.  Their dedication and familiarity with the issues confronting our warfighters is invaluable to our success.  From operating hush houses to repairing support equipment to trouble shooting problems by phone, our ex-military personnel lead the way to our high customer satisfaction.