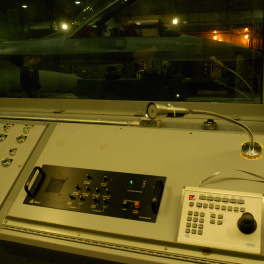 Atec, Inc. developed the ground level intercom system to alleviate the existing problems that the Air Force had encountered with other intercom systems in the T-10 hush houses. These problems included: lack of compatibility with various aircrafts, poor audio quality, and interference of external sources, both electrical and magnetic.

The system is 115/230 VAC power and includes Com Cords and a Headset for technicians. The Atec Intercom System communicates with the following aircraft intercom systems:

Atec collaborated with the aircraft manufacturers and their intercom providers to develop proper interface with aircrafts.

The AHT63561 Intercom System is a direct drop-in replacement for all intercom systems in all configurations of the A/F37T-10 and A/M37T-20 Jet Engine Test Cells, as well as the A/M37T-21 Turboprop Engine Test Cells.

Vital Link, Celtech and NETS (formerly Astronics) also have long experience with intercoms. For less challenging environs and simpler communication requirements, their legacy intercom products may satisfy your needs at a lower cost. We welcome your inquiries about all of our systems. 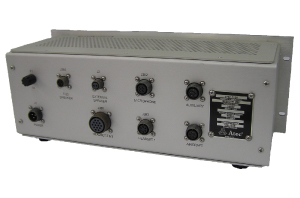