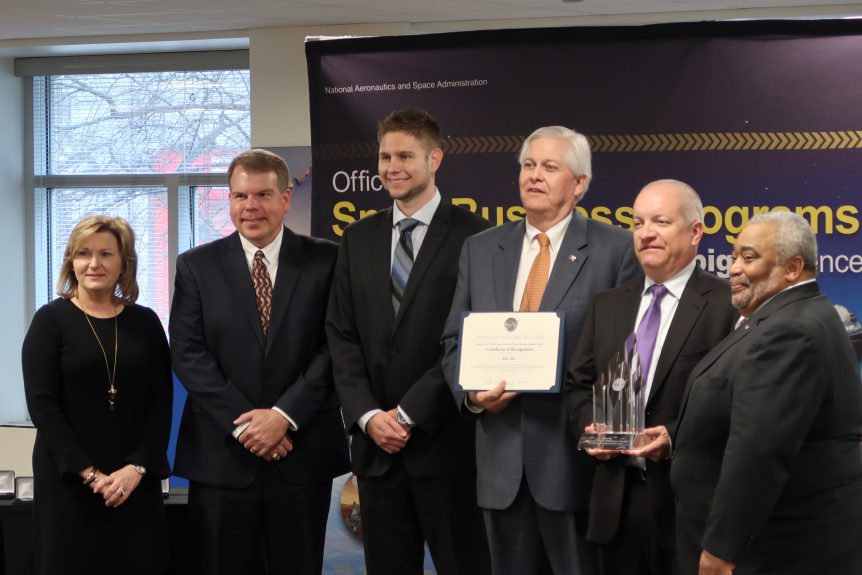 Atec’s long-term perspective over 64 years and our early ownership’s close involvement in America’s drive to put a man on the moon cast the die for the March 1, 2017 public announcement by NASA that Atec was their premier national subcontractor for 2016. 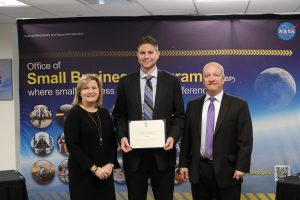 The year saw Atec deliver leading edge lithium-ion battery management modules to Boeing for the International Space Station, a diode box power unit for their new CST-100 Starliner Crew Capsule, and hatch assemblies for SLS. Flight hardware involving wing installation kits and radome tooling for Lockheed have followed. Longtime customer Aerojet Rocketdyne has been procuring RL10 fuel valves from Atec without mishap for over 21 years and 130 launches, with thrust growing from 15,000 to 25,000 pounds during our involvement. AR now is contracting with Atec for valves on the RS25 and AR1 main engines, and critical cabling. 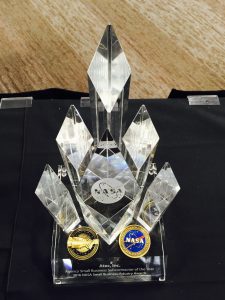 Our Space System’s Engineering Manager, Ben Wilking, has been looking forward to this moment since he started 4 years ago, “Atec has long had the capability to produce extremely advanced spaceflight hardware, and it has been a privilege to expand that scope of work to several engines and multiple spaceflight vehicles.”

So, NASA headquarters’ pick as best in the nation was no fluke—it only took 64 years of corporate progress, 55 years of involvement with America’s Space Program, and a huge effort by our team last year. Atec’s team is committed to more growth ahead than what we’ve already seen!