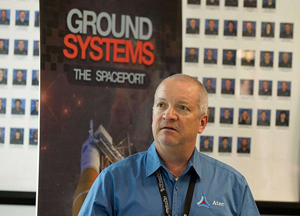 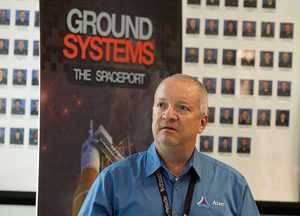 When Paul Fenley interviewed with Atec in the early summer of 1987 for an entry-level engineering position, he unknowingly opened the door to a lifelong career at the aerospace company.  The Texas native and lifelong aviation enthusiast had recently graduated from Texas A&M University’s rigorous Aerospace Engineering program, and Atec presented an opportunity to launch his career in engineering in his hometown. Today, nearly thirty years later, Fenley has morphed from a freshly-minted yet ambitious engineer into a respected innovator and business leader in the aerospace sector, all the while maintaining his employment at the 63-year-old company. As he has grown within his career, Fenley has concurrently contributed to the greater Aerospace community. He is a longtime member of the SAE EG-1 National Committee on Propulsion as well as the National Sub-committee EG1E on Gas Turbine Facilities and Equipment. He serves on the Houston Technology Center Advisory Board, Texas A&M Aerospace Program Advisory Board and has written several highly regarded academic papers within his industry, including a series based on engine test cell upgrades at Aerospace Testing Expos. He is a past President of the South Western Aerospace Professionals Group.

As his colleagues in the industry have noted, Fenley has become a dual asset for Atec. On one hand, he is a pioneering aerospace engineer who has repeatedly generated new business for the company through his design concepts. Fenley is arguably one of the most respected and accomplished engine test support experts of the last few decades.  He is the original designer of the vectored thrust intermediate engine test system collaboratively built by Atec, Pratt & Whitney and the United States Air Force. Among other notable achievements, Fenley designed Atec’s groundbreaking modular Phoenix Test Cell Series. His projects and designs have been praised on the covers of Aviation Week and Aerospace Engineering & Manufacturing. While his design and construction acumen are clear wins for Atec, the company has also greatly benefitted from Fenley’s presence as a business-minded corporate leader who skillfully combines people skills with project management to yield profitable outcomes for the company and its employees. His work in skid-mounted modular product lines to service multiple customers has increased Atec’s revenue and secured future business in an increasingly competitive field. Further, Fenley’s efforts in building company culture around a “customer first” concept has been a central component of Atec’s growth in the last decade. 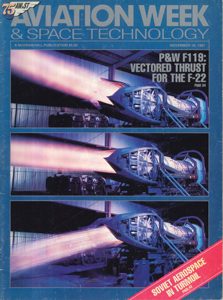 Fenley has been on the cutting edge of Aerospace design since his first years as an Atec engineer. In 1988, just months after signing on with the company, Fenley was tasked with bidding for a high-profile contract with industry titan Pratt and Whitney (P&W) in conjunction with the United States Air Force. The project entailed designing and implementing a mobile Vectored Thrust Test System in support of P&W’s YF 119 engine for F-22 Advanced Tactical Fighters. This mobile system would be the first of its kind, and Atec was one of many companies attempting to set the standard in this new paradigm of engine test systems. Despite being a new engineer with little bidding experience, Fenley developed a strong design concept and the associated bid that ultimately won the contract for Atec. “I quoted the project as a complete rookie, and Atec won the contract,” said Fenley. “I didn’t even know at the time how important that first big victory would be for me, but it turned out to be a foundational project not only for my career but for Atec’s future business as well.” In addition to the superiority of Fenley’s test system design, the project benefitted tremendously from his continued oversight and implementation. After securing the contract, Fenley went on site for the duration of the design-build as a member of P&W’s Integrated Product Team (IPT), which was a rare appointment for a supplier in this project type. His consistent presence on the project helped P&W field their engine prototype 45 days early, certainly assisting in the firm winning the contract with USAF. This first secured contract led to years of continued work for Atec and landed Fenley’s design on the cover of Aviation Week. 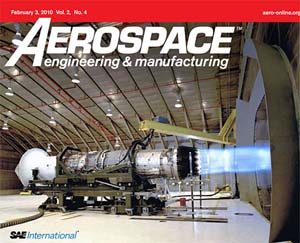 Another pivotal design achievement occurred in the early 2000’s when Fenley designed a breakthrough concept for mobile test cells. At the time, Fenley had been promoted to Vice President of Engineering for Atec, and potential customer Rolls Royce was looking for an opportunity to build a test environment for its engines that would be less costly and adaptable to multiple sites. Test facilities and their designs had remained relatively unchanged for many years, and Fenley saw an opportunity to transform the way in which customers could approach these facilities for their engines. Rather than having to build a structure in the field, Atec could come up with a solution it could build on its own campus and ship anywhere in the world. Dubbing his new design, the Phoenix Test Cell – or the Test Cell in a Box – Fenley and his team delivered their groundbreaking new product to Rolls Royce and subsequently have gone on to utilize the portable test cell solution for tens of Atec customers. 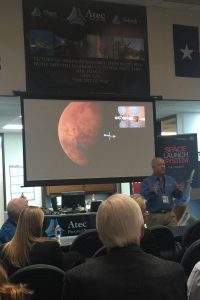 In many ways, Fenley’s business leadership and achievements have been as important to Atec as his engineering and design achievements. One prominent example has been his focus on developing product lines that can service multiple customers. During his high school and college years, he spent summers working in metal fabrications shops, where he learned the potential benefits of building component product lines for repeat usages. While at Atec, Fenley has pushed the design teams to utilize similar practices in project development to create subsystem utility components in packaged, skid mount presentations so that Atec has a future product line to offer customers looking for similar services. According to CEO and Chairman Howard Lederer, who has been working hand in hand with Fenley and has observed his growth as a leader for 30 years, this business adaptation has been key to increasing Atec’s customer base and revenue. “Today, our packaged products are dominant for the military, and competitive in the commercial space thanks in large part to Paul [Fenley’s] product line focus”, Lederer said.

Since becoming President, Fenley has been focused on nurturing a specific philosophy in the company, beginning with the attitude that in order to be successful in a competitive industry, Atec as an organization must be highly “customer focused.” Under Fenley and the Executive Team’s leadership, the entire company culture at Atec has become centered around making sure the customer has a positive experience from beginning to end.  One example of this mentality is the 24/7 Customer Hotline, which a customer can utilize at any time and reach a live person that can direct his or her question to the appropriate person or department. This level of vendor-client personal contact is almost unique to Atec amidst much larger firms with which the company competes. Project Manager Greg Murdick, who celebrated his twentieth year at Atec in 2016, applauded Fenley’s leadership to drive the company towards a more customer-oriented approach. “Paul [Fenley] has committed to focusing on the end user, which has caused Atec as a whole to take a closer look at how we do things and how we respond,” said Murdick. “Paul and our other executives have been instrumental in supporting this mentality that has helped us build strong relationships with our customers and an enviable reputation in our industry.”

In addition to insisting on a customer-first company culture, Fenley has demonstrated admirable people skills with his parallel commitment to Atec employees. He has insisted on having an “open-door” policy with anyone on staff, and throughout the organization, he is renowned for his openness to queries and suggestions for improvements.  “I can walk into Paul [Fenley’s] office anytime and tell him that either something is working well or not working at all, and he will listen,” said Murdick. Fenley is also proactive in reaching out to employees to connect with them and build their belief in themselves and the company vision. “Paul [Fenley] talks to everybody and treats us like family,” said Quality Manager Bryan Jacobs. “I have never seen a President put in face time with employees like Paul does. He makes us feel like we are all integral parts of Atec’s success, and that yields better work from all of us at the end of the day.” Atec employees have thrived under Fenley’s leadership, and the consensus is that his efforts have been paramount in driving the growth of the company in the last decade. His monthly company meetings for all employees have built communications throughout the Atec Companies. He continues to lead Atec in new frontiers, including our new 3D Additive Manufacturing initiative.

Undoubtedly, Fenley and Atec shared good fortune when he accepted his first position at the company. It is rare for a contributor of Fenley’s magnitude to remain at a single company for the entirety of his career. It’s additionally rare for a company to be able retain high performers in a highly specialized and competitive industry.  Fenley began his career at Atec as a support engineer. He eventually moved up the ranks to become the Manager of Mechanical Engineering, and then the Vice President of Engineering. In 2008, Chairman and CEO Howard Lederer named him President. He currently sits in the second most senior position at the company and is largely responsible for its internal and external successes. “My career at Atec has undoubtedly been blessed,” said Fenley. “I’ve touched every aspect of this business and gotten to see so many perspectives. It’s been an incredible experience.” Thirty years after joining the Atec team, Fenley has as much invested in the successes of the company as anyone, and it shows in his attitude toward the future.  “I’m proud of the work we’ve been able to do, and I’m excited for everything to come,” said Fenley. “Really, I think we are just at the beginning. I can’t wait to see what Atec can accomplish next.”