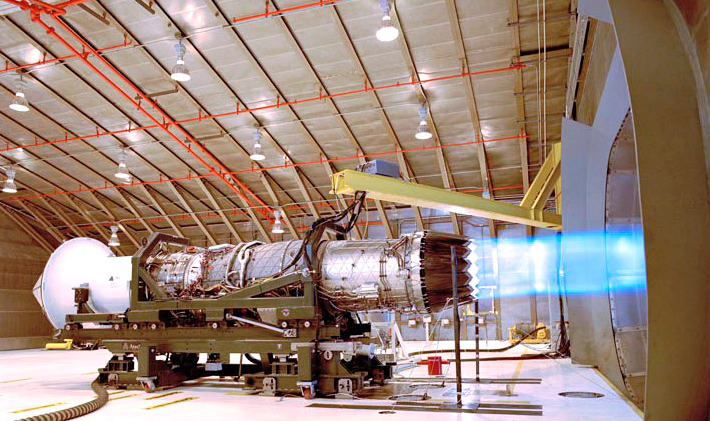 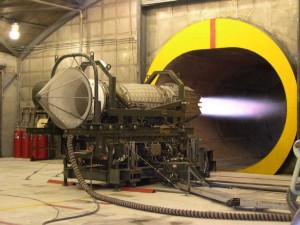 Atec is the leader in support of test and maintenance for USDOD inventory high performance jet engines. Our recent history in rocket propulsion for NASA and USAF missions is notable as well. From enclosures to equipment, Atec can help with both new systems and modernization of legacy assets. For the USAF, Atec upgraded two T9 noise suppressors to test the F135 engines at Oklahoma City. Atec has provided systems for the most advanced fighter engines at numerous sites. For the U. S. Navy and Korea, we have developed T20C systems and modernized complexes for testing F404 & F414 engines. For numerous foreign allies, Atec has updated systems for test of F100-220/229 and F110-129/132 high performance engines. We make kits to adapt the F119, F135, F100, F101, F110, F404, F414, F124, J85, J79 and TF34 engines to A/M37T-20 and other test stands.

Similarly, Atec’s involvement with advanced military turboshaft engines is unmatched. T56 3.5 and AE2100 (J) engines with numerous propellers and pitch controllers, can be tested by our T21D systems. T700, T53, PT6, M250 and many other engines have also been tested by Atec and Celtech systems. Our recent experience in providing state of the art APU test systems is also well recognized for excellence by OEMs and users worldwide. ADAQ™ and EDACS™ control systems are now available in all of these test systems with usage growing monthly—now over 50 sites internationally. 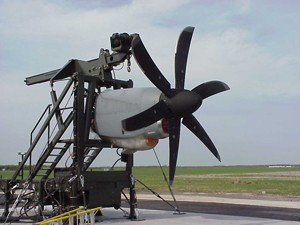 Atec and the JSF 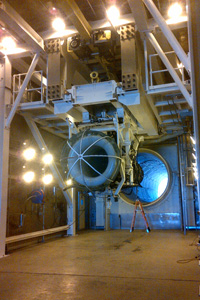 From our earlier days before our participation on the F119 IPT, Atec has been at the forefront of modern advanced engine test and support. Issues such as high thrust, vectored thrust, electronic controls, noise & vibration, high temperatures, legacy interfaces, and efficient handling have all been dealt with repeatedly by Atec. 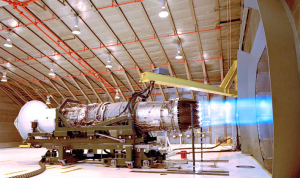 These new paradigm JSF T9 test cells are in operation at Tinker Air Force Base, where we now maintain an office. Our leading experience at over a dozen locations for the F22 and F35, and hundreds of sites for the fighter & bomber (engines) listed above, positions the Atec Companies as the premier engine test contractor for the world’s most advanced military engines. Atec’s unique experience is suitable to best value applications for Commercial engine test projects as well.

Atec and the RL10

20 years ago, Atec began making the cryogenic fuel control valves for RL10 final stage rocket engines. Powered by the controlled spontaneous combustion at the nozzle of hydrogen and oxygen, the fuel control valves are the heart of the engine. Participating with our customer, end users and suppliers, Atec has offered digital data collection for trending, design improvements, exacting tolerances and cost reduction to this legendary rocket propulsion program. RL10 thrust has increased from 15,000 to 25,000 pounds during our involvement. At the recent Cygnus Launch to resupply the ISS, the Atlas V main engine cut off early. The Centaur RL10 was operated an extra minute to successfully complete this crucial mission. 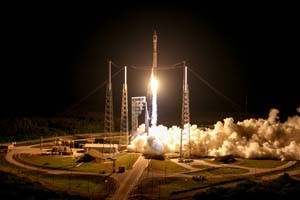 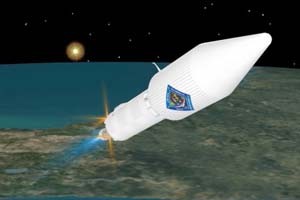