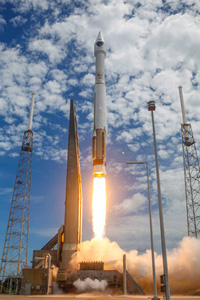 Atec, Inc., one of Houston’s aerospace industry stalwarts, after 63 years in operation and decades of continuous work assisting launches of people and vessels into space, is approaching its most robust era of space project participation yet. This small business, which operates primarily from its base in Stafford, TX and employs 150 full time employees, has spent much of the last two decades building its experience in space projects with an increasing range of diversity. While Atec began its space work primarily assembling and testing a limited set of parts for Rocket engines, it now offers the additional capacities of designing and manufacturing space flight systems. Its increased capabilities have coalesced at a time of resurgence in Houston’s aerospace industry. The Space City is abuzz with chatter concerning the new Federal Aviation Administration’s (FAA) approval of the Houston SpacePort that is currently in the development phase. As this highly anticipated project takes shape, Atec finds itself ideally positioned after its years of industry-tested experience to play an important role in reinvigorating manned space travel in the burgeoning field of Space tourism and commercial space flight. 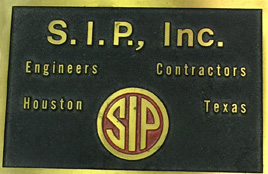 Atec.com is so well situated to participate in Houston’s future Space opportunities in large part due to the tone set by deceased former Chairman, Al Lederer. Lederer purchased the company in the mid 1970s after a successful tenure at the helm of his first major company, SIP, a petrochemical plant engineering and construction corporation. Despite SIP’s primary focus in petrochemicals, Lederer saw opportunities for his company in the aerospace sector during the 1960s. Utilizing some of the processes and talent he had built up for the highly technical and sensitive world of petrochemicals, he ushered SIP into a rewarding partnership with NASA to serve as a major service provider for their growing campus on the south side of Houston at Johnson Space Center (JSC). SIP over time took on added work in constructing many of the major testing facilities at JSC, including low gravity and pressure chambers, centrifuges, and environmental enclosures used for training many of America’s first astronauts.

In addition to its work in Houston, SIP (now part of Worley Parsons) also won major contracts to provide the “Crawler,” which was the moving platform that transported the Saturn rockets from the SIP-built Vehicle Assembly Building to the launch pad at Cape Canaveral. Through SIP’s contracts with NASA during these years, Lederer developed an ardent appreciation for the men and women in the astronaut world. Al, his wife, Gene, and their family invested substantial time and effort building up and nurturing a healthy support community in Houston for the wives and families of the first astronauts, 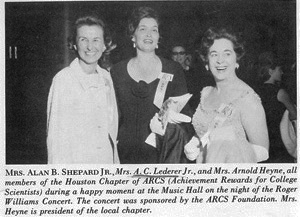 even hosting many of these 60’s and 70’s American heroes at dinner parties and receptions in the Lederer home. Howard Lederer, Atec’s current CEO and chairman and Al’s youngest son, remembers such notables as Alan Shepard, the first American in Space, and his wife Louise, as well as Scott Carpenter, the fourth American in Space, and his wife Rene sitting around his family’s den table when he was a young child. The elder Lederer’s appreciation for the specific needs of those within the space industry and the potential for growth into this field became instrumental themes upon his arrival at Atec.

In 1995 Atec began its work on cryogenic fuel flow valves for the RL10 rocket engine now made by Aerojet Rocketdyne. Atec has been manufacturing and testing the valves for these enduring engines for twenty years, and over this time period Atec has helped drive many of the improvements that have increased the RL10 engine thrust from 15,000 lbs. to 25,000 lbs. By Spring 2016, Atec will have completed its 120th space launch with the RL10/Centaur final stage. 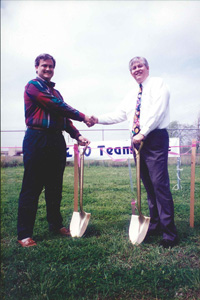 Despite the tight tolerances of work scope on rocket engines, Atec boasts 100% reliability in the entirety of its launch participations. This commitment to failsafe deliveries has opened up opportunities for Atec with other space prime contractors.

Both Lederer men, first Al and then current CEO Howard, insisted on the highest level of quality in Atec’s space work. That dedication to excellence has helped expand the company’s portfolio of aerospace projects. Atec fuel valves, first honed and perfected in orbital work for the RL10, have now been launched in NASA’s solar system exploration missions to Jupiter, Pluto, Mars, Earth’s moon, and even the Sun. Amongst the over 200 valve sets completed by Atec for space launch is included the set that helped launch the New Horizons satellite that reached Pluto in July 2015. Another launch of note that was borne out of continued proficiency with the RL10, involved Atec’s valves for the Lunar Crater Observation and Sensing Satellite (LCROSS). Atec manufactures the fuel and oxidizer valves on the Centaur second stage of the Atlas rocket, which puts the satellite into the proper orbit or path for mission payload release. In the LCROSS Mission, the spent Centaur stage served as the primary projectile for the mission, ultimately sending the Centaur crash landing into the Moon’s Cabeus Crater, making Atec valves some of the Moon’s few permanent residents. 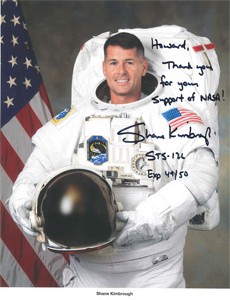 Atec’s current Commercial Crew Transportation Capability (CCtCap) contract with Boeing to design, manufacture, and certify power modules for NASA’S commercial crew transportation system has further enhanced the company’s space project breadth, while also maintaining its appreciation for the high level safety standards for the men and women that operate spacecraft. Atec’s modules will help ensure clean power for multi-electrical systems on the CST-100 Starliner crew capsule, which will ferry astronauts to and from the International Space Station (ISS), as well as other potential future destinations. Perhaps the most exciting part of Atec’s work on this project is the design component, which propels the company into the increasingly challenging position of designing components specifically for space flight. 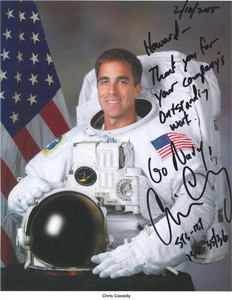 In other work for Boeing, Atec has contracted with the space prime to manufacture and test new smart battery adapter plates for the ISS. New lithium ion units from Aerojet will replace older technology nickel hydrogen batteries in order to increase the life of the ISS. In the darkness eclipse on the far side of Earth, these batteries fully power the ISS, and the units balance and allocate spacecraft power with solar panels at all times using sophisticated electronics. Due to the extreme conditions of space, where temperatures reach -300°C,  Atec runs extensive electrical and thermal tests on the adapter plates to ensure they can withstand the harsh elements of their deployment environment. Atec began working on this project in 2014 and will continue work through the remainder of 2016. Boeing plans to begin launching the first of these new batteries with the Atec adapters in Fall 2016, and Japanese Aerospace Exploration Agency (JAXA) will operate the first launch. By project end, Atec will have constructed 27 ISS smart battery adapter plates for Boeing.

Summer 2015 marked a potential reboot of the Space Industry in Houston when the FAA announced that the City of Houston had been approved as a licensed commercial spaceport. Houston became only the 10th United States location to be given such a designation. As the City continues to hash out the details of how the new Houston Spaceport will operate, Atec has been asked to participate on the City’s team. As one of the longest standing local aerospace companies with historical involvement at Johnson Space Center, and with its over six decades of experience in everything from prototype production to testing and assembly of flight components, Atec will bring great value to all aspects of the project. Arturo Machuca, Ellington Airport/Spaceport Director, says, “Over the past year, Atec has become one of our most active partners. Their history and enthusiastic personnel have been a refreshing boost to our ambitious efforts for the Houston SpacePort.” While Atec’s Space past includes a host of admirable aerospace works, look for some even more impressive growth in Atec’s space business in the near future, including this exciting new venture for Houston.