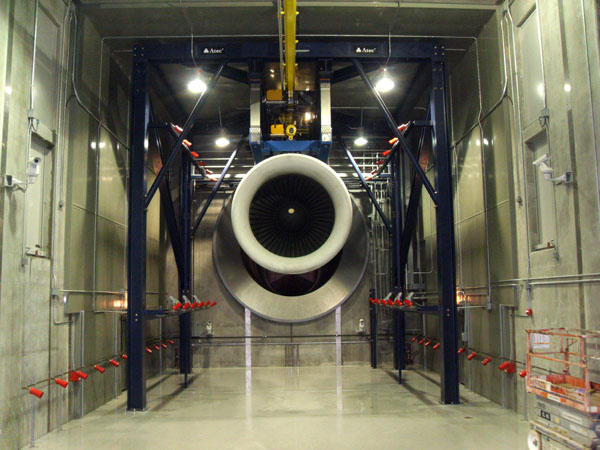 Engine Test Cells have been around for the aviation industry since the dawn of the industry.  The Wright Brothers performed extensive testing on their small piston engine to verify performance with their belt driven propeller system.  As mechanics, they understood not only that a motor is only as good as the parts and the people who put those parts together, but that a motor must be tested as a working system prior to installation.  Why is that, you ask?  Because once you’re in the air, the time for verifying performance is over.   Over 100 years after that historic flight at Kitty Hawk, the song remains the same, so to speak.  Whether an engine is being built for the first time or thousandth, it has to be tested for performance verification prior to flight.

These two types of cells met very different needs.  R&D Cells can be complicated and costly, but they allow the OEMs to develop new engine designs in an effort to beat out the competition for that valuable pylon space known as the engine mount on an aircraft.  Production and Overhaul Cells typically house “get-it-done” activities, where through-put and operational readiness is key to OEM and MROs alike.  Every client wants a Test Cell that is both versatile and low-cost. Although a Test Cell  rarely becomes a profit center for an operator, the benefits provided by the test cell far outweigh the costs.